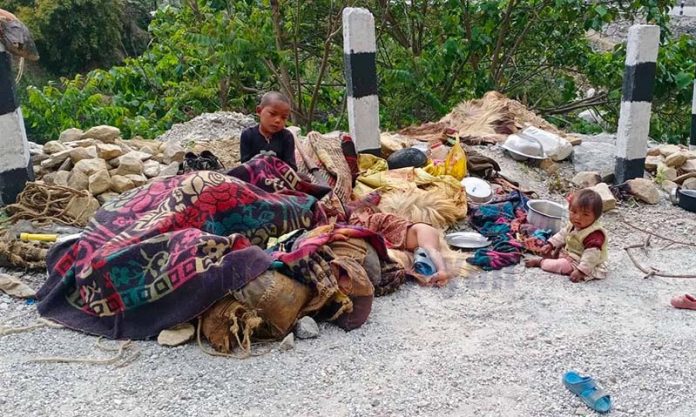 Women from the migrating community become weak as they give birth to many babies and especially while they are on the move. They hardly get time to take rest as they are compelled to labour hard and carry heavy loads.

BAJURA: The family of Jauma Thapa of Baudi, in Himali Rural Municipality-3 of Bajura district, migrated to Achham in the second week of November. Jauma’s five-month-old daughter fell ill on the way and died in two days. Of the three children she had given birth to, her first child had died while she was heading to Tibet during monsoon. This is just one example. A lot of families from the Bhote community lose their babies while they migrate to escape the biting cold in winter.

Likewise, Doma Gurung (38) of Budhinanda Municipality-8 migrates to Aula during winter and to Tibet during monsoon. Although she has given birth to 11 babies, only three of them have survived. All eight children died while she was migrating to escape unsuitable weather conditions.

Doma said, “The babies fall ill and die within six months due to cold weather and lack of care.” Meanwhile, she has a two-year-old child whom she gave birth while returning home from Achham. The mother of three children who often migrates along with herds of sheep said, people in her community did not have any access to knowledge on family planning or devices to prevent pregnancy.

This undated image shows a migrating family taking rest by the roadside in Pandusain, Budhinanda Municipality-9 of Bajura district. The family migrated to Aula in Achham to escape the cold in winter. Photo: Prakash Singh/THT

Likewise, Bishna Gurung (53) of Budhinanda Municipality-7 gave birth to a total of 15 children, of which seven died while migrating.

Another local Tani Thapa gave birth to a total of seven babies, of which five died. She said her babies died due to lack of care in cold weather. She lamented that she could neither feed her babies well nor could she take care of herself.

Women from the community become weak as they give birth to many babies and especially while they are on the move, Bhote Nationalities Federation member Nrip Thapa (Bhote) said and added that women hardly get time to take rest as they are compelled to labour hard and carry heavy loads.

Bhote community dwells in four local levels in the northern region of Bajura. It has been reported that women from the community rarely visit health posts.

Bollywood’s Ranveer Singh credits 90s for shaping him as actor 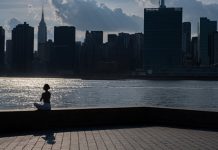 US coronavirus deaths rise by 1,200 for first time since May 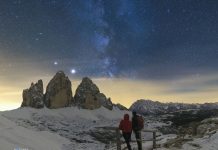