JAJARKOT: Families of the three victims that were killed in Chaurjahari of Rukum west on Saturday have refused permission to authorities to conduct autopsy on the bodies. They have demanded that the bodies will undergo post-mortem examinations only when the three other missing persons are found – dead or alive.

Bodies of Nawaraj BK and Tikaram Sunar, who were attacked to the point of being driven to dive in the Bheri river by the villagers of Soti, including the ward chair Dambar Bahadur Malla, were discovered on Sunday. Meanwhile, their friend Ganesh Buda was discovered dead near Phera river on Monday. Three others who were attacked by the villagers — Suraj BK, Lokendra Sunar and Govinda Shahi – are missing since the incident, Deputy Superintendent at the District Police Office, Kishor Kumar Shrestha informed.

Bodies of the three have been kept at the Jajarkot District Hospital. Dalbir Nepali, a relative of the victims stated that the families would not grant permission for autopsy as long as they receive information on the missing three. “This was an issue of love between two young people which was unfortunately turned into a caste-based discrimination issue leading to the brutal murder of the victims. We will continue our protests as long as justice is not served,” Dalbir said.

District police on Monday apprehended ward chair Malla, father of the girl Bir Bahadur Malla, mother Prakashi Malla for their alleged involvement in the incident. The girl also had been taken into custody for questioning.

According to Chaurjahari Area Police Office In-charge Inspector Dharma Singh Bista, eleven others, including the Malla family’s neighbours Dilli Malla, Mohan Pun, were arrested by the Area Police on Tuesday and handed over to District Police Office.

Nawaraj, along with his 19 friends, had left for the Soti village in Chaurjahari Municipality to bring home the girl, with her consent. Preliminary investigation suggests that a group of people led by the ward chair had attacked the group upon their arrival at the village leading to them losing their lives.

In Pictures: Protest in Kathmandu demanding justice for caste-based violence in Rukum west

According to the testimonies of the injured and others that survived the attack, there was a thick presence of villagers involved in the attack. They surrounded the group, and beat up the three driving them to the Bheri river, according to Sudip Khadka, one of the witnesses.

The Home Ministry has formed a five-member team, lead by the ministry’s joint-secretary, to conduct a field investigation. 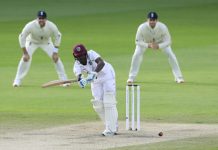 West Indies teetering after being set imposing target to win 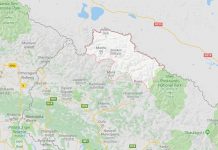 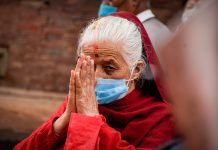 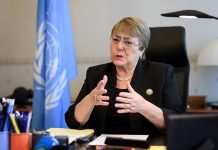