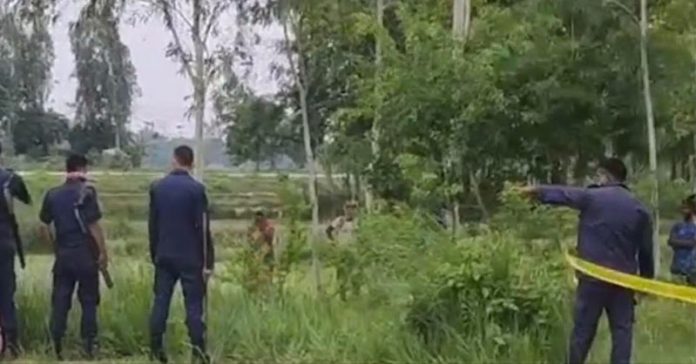 JANAKPURDHAM: Police on Friday found the body of the girl who had gone missing since Wednesday in Janakpurdham Sub-Metropolitan City-21 of Dhanusha district.

The deceased has been identified as 11-year-old Kanchan Panjiyar of Kurtha.

Security personnel cordon off the site where the body of an 11-year-old girl was found, near Dudhmati River, in Kurtha, Janakpurdham Sub-Metropolitan City-21, Dhanusha district, on Friday, July 3, 2020. Photo: Brij Kumar Yadav/THT

When the girl, who had gone to herd a buffalo in the field, did not return home until the evening, her family members started searching for her. They also informed the police, after which a search operation was launched to find the girl.

The body of the girl was found at a distance of one kilometre from her home on the bank of Dudhmati River, on Friday. Locals who came across the body informed police and the girl’s family. Subsequently, police reached the site and cordoned off the area before sending the body to Janakpur-based Provincial Hospital.

Preliminary investigation points that the girl may have been murdered after being raped as she was found partially unclothed, said police. However, Dhanusha District Police Chief, Deputy Superintendent of Police (DSP) Rameshwar Karki said they were yet to ascertain this possibility. It can only be confirmed after the autopsy report comes out.

Local residents have demanded a proper investigation and stringent action against the culprit(s).

US envoy threatens to trigger return of UN sanctions on Iran

Three arrested for involvement in online fraud worth millions 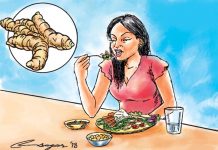 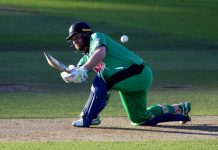 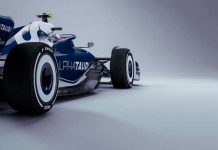 Scuderia AlphaTauri gets in gear with RapidAPI to improve performance