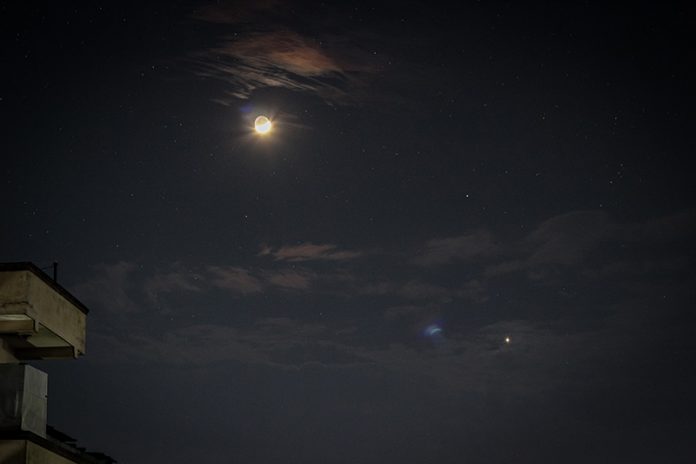 If you look in the west after sunset, you can see a bright object in the sky. “That’s Venus. It’s seen there at around 8:30 pm,” shares Suresh Bhattarai, Chairman of Nepal Astronomical Society (NASO).

“Venus is very bright. If you have standard binoculars, you can see it in its crescent form at present. As we have studied Venus is spherical, this is an opportunity for students and public to see it in one of its phases. Students are taught moon shows phases. If they see Venus showing phases, it will be a good point to trigger their scientific inquiry about nature and our solar system.”

If you are interested in astronomy, you can discover more than Venus at the night sky. As per Bhattarai, four planets are visible to the naked eyes right now. Two of them are very bright — Venus and Jupiter.

“After midnight, you can see Jupiter rising in the south-eastern sky. It is in the sky till sunrise. You can see the four Galilean moons of Jupiter through standard-sized binoculars and telescopes,” shares Bhattarai.

One can also see Saturn and Mars near Jupiter after midnight. You can also see moving satellites like the International Space Station, Hubble Space Telescope, et cetera. Then there are constellations one can enjoy at night with naked eyes.

“Some of the constellations people can start observing and identifying are Bootes, Virgo, Ursha Major, Orion, Gemini, Auriga, Lyra, Cygus, Cassiopeia, Andromeda, Aquarius, Sagittarius, Scorpius among others. But people have to practise to identify them. They can use sky maps on their mobile phones to guide them through the sky,” Bhattarai adds.

Meteor is another beauty we can observe — from meteor showers to sporadic meteors. Eta Aquarid was the recent meteor shower that peaked on May 6 morning and was recorded from different parts of the country. One can see 10 or more meteors in the interval of 60 minutes during meteor showers but “the rate is for ideal conditions — less light pollution, cloud cover and turbulence in the atmosphere”. One can also see sporadic meteors (not related to any particular meteor showers). Bhattarai shares, “Meteor showers are best observed after midnight, while one can see a few meteors even when there is no meteor shower.” And patience is the key for meteor shower observations.

A bright flying-like object was sighted from some parts of the country on March 26 and a sound was heard in Gandaki province. Bhattarai informs it was “bolide because it produces a wheel sound — tyre bursting or bomb blasting sound — that’s what happens when bolide comes in contact with the Earth’s atmosphere. But people feel it might have crashed nearby.”

As per him, people might have been able to hear that sound due to quiet surroundings and less noise pollution. “If people would have been busy or doing their job, they would not have heard that noise or assumed it for a bursting of tyre or wouldn’t have noticed the flying burning-like object,” he opines.

Bhattarai believes people have more time to look into the night sky due to the lockdown. “So, the more time they spend looking at the sky, they discover more things,” he says.

If you want to see more objects in the night sky, practise or get adapted to the sky. “If you look at the sky for 25-30 minutes without looking at white light, your eyes will be trained to collect more light from the sky. That is dark eye adaptation,” Bhattarai explains.

Remember light pollution includes white light of streets lamps and houses, and hampers the quality of sky and observation of objects in the sky. Mobile phones also give out white light.

Nepal’s death toll advances to 24 with death of a man... 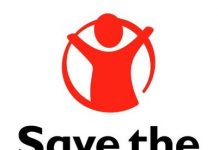 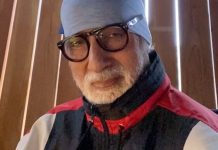 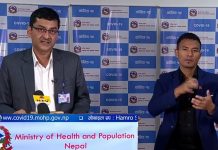 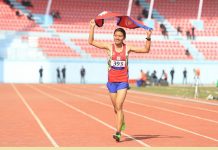