Female employees at the local levels in Bajura district are raising awareness against chhaupadi tradition.

At a time when police and the administration have been launching their chhau sheds demolition drive in the district for the past one month, female employees in the district, by the same token, have launched an awareness campaign.

According to Badimalika Municipality Mayor Padam Baduwal, female staffers are visiting every village in the municipality and organising gatherings to educate people about the ills associated with the traditional practice.

“Destroying chhau sheds alone is not enough to eliminate the traditional practice that is deeply entrenched in the society here until the people are convinced otherwise. That’s why women staffers are visiting villages, holding gatherings and convincing people why shunning the chhaupadi practice makes sense,” he said.

Now that the sheds have been demolished, menstruating women in some places have been turning to caves and open places under tarpaulin to observe the age-old practice, which highlights the necessity of awareness drive against the practice.

Badimalika Municipality Women Section’s Bindu Badal underscored the need to launch awareness drive against the practice. “We must give priority to spread awareness among people rather than demolishing the sheds, which will definitely be more effective,” she said. “Chhau sheds were demolished in the past also. But that proved ineffective.”

In Budhiganga Municipality, sanitary pads are being distributed to women in villages along with the awareness campaign.

A version of this article appears in print on January 26, 2020 of The Himalayan Times. 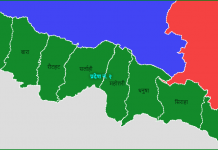 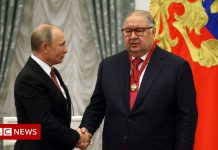 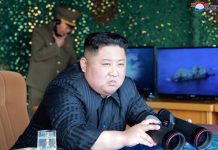