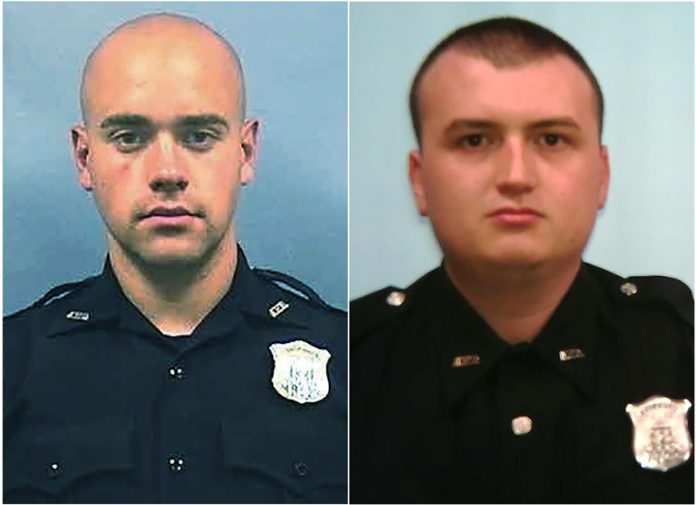 ATLANTA: An Atlanta police officer was charged on Wednesday with murder for the shooting death last week of Rayshard Brooks in a fast-food parking lot, while a fellow officer facing lesser charges has agreed to testify against his colleague.

The death of Brooks – the latest in a long line of unarmed African Americans whose fatal encounters with law enforcement have been documented on video – further heightened U.S. social tensions at a time of national soul-searching over police brutality and racism in the criminal justice system.

Brooks, a 27-year-old father-of-three, “never presented himself as a threat” and showed no aggressive behaviour toward the two white officers involved in the confrontation last Friday, Fulton County District Attorney Paul Howard told a news conference.

Garrett Rolfe, the officer who shot Brooks and was dismissed the next day after surveillance video revealed his conduct in the incident, was charged with 11 criminal counts, including felony murder, assault with a deadly weapon and violating his oath of office, Howard said.

Rolfe, 27, faces the possibility of life in prison or the death penalty if convicted, Howard added.

Devin Brosnan, 26, the other officer on the scene, was charged with aggravated assault and violations of his oath of office, Howard added. Brosnan, placed on administrative duty after the shooting, has given statements to investigators supporting the charges against Rolfe and will cooperate with prosecutors, Howard said.

Howard said both men had agreed to surrender to authorities by Thursday.

Brosnan’s role as a cooperating witness against a fellow officer was rare in such investigations, Howard said.

Brooks’ family welcomed the charges. His widow, Tomika Miller, told reporters: “I am really hurt, and all I can think about is what if my husband was still here.”

In an unusual move by the state’s chief law enforcement body, the Georgia Bureau of Investigation said Howard’s press conference came as a surprise and that the bureau would press on with its own inquiry.

Howard said Brooks was running from the officers and was more than 18 feet (5.5 m) away when Rolfe shot him twice in the back with a 9mm Glock pistol. One round penetrated Brooks’ heart.

Howard quoted Rolfe as exclaiming, “I got him,” after the shooting, citing audio from eight videos including police body and dashboard cameras and witness cellphone footage.

After shooting him, Rolfe kicked Brooks twice while Brooks lay on the ground, and Brosnan admitted to standing on the man’s shoulders as Brooks was dying, Howard said. The officers did not immediately render medical aid, Howard added. The prosecutor recommended that a judge hold Rolfe without bond.

Asked in a Fox News interview about charges being brought against police, President Donald Trump voiced concern about Rolfe’s treatment by prosecutors.

“I hope he gets a fair shake because police have not been treated fairly in our country,” Trump said. Speaking of Brooks’ behaviour in the encounter, the president added, “You can’t resist a police officer like that.”

Brooks’ killing came amid a storm of protests sparked by the May 25 death of George Floyd, a black man who perished after a white Minneapolis police officer knelt on his neck for nearly nine minutes. That officer, Derek Chauvin, was charged with second-degree murder. Three other Minneapolis policemen were charged with aiding and abetting.

The police encounter with Brooks escalated into a lethal shooting from a call about a man who appeared intoxicated in his car at a Wendy’s restaurant drive-through lane.

Previously released video of the incident appeared to show Brooks grabbing one of the officer’s Taser stun guns and turning and pointing it at Rolfe before being shot. Howard said investigators concluded Rolfe knew by then that the Taser had already been fired twice and thus rendered harmless.

Atlanta police rules do not allow an officer to fire even a Taser, let alone a firearm, at someone running away, Howard added.

Brooks had initially behaved in a calm and “almost jovial” manner and cooperated with the police as the incident unfolded over a period of 41 minutes, Howard said.

Brooks was reported asleep in a car in the Wendy’s drive-through lane, blocking traffic. A restaurant employee called the 911 emergency telephone line, complaining about a man who would not move the vehicle and appeared intoxicated.

The killing sparked an outpouring of demonstrations in Atlanta, and the Wendy’s restaurant was burned down in the unrest.

After the killing, Atlanta Mayor Keisha Bottoms announced a series of police department reforms, and the city’s police chief resigned.

Vince Champion, regional director for the International Brotherhood of Police Officers, the officers’ union, accused Howard of rushing to judgment in the case.

Racism blamed for failure to commemorate black and Asian troops 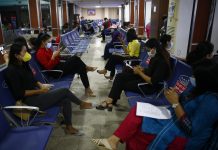 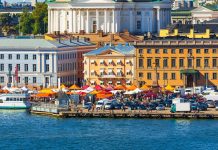 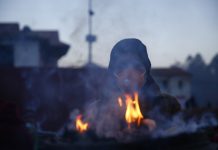 Covid-19 Infections in Kathmandu valley rise by 259 on Tuesday