An on-duty cop working at Halchowk under Metropolitan Police Circle, Swoyambh, was found dead inside his room in a temporary shed of the post today morning.

The deceased has been identified as Assistant Sub-inspector Bishnu Karki, 43, in-charge of the Halchowk beat. Karki’s fellow police personnel found Karki in a pool of blood on the floor. It was Karki’s first day on duty at Halchowk beat. He was deputed by Swoyambhu-based Metropolitan Police Circle. Currently, seven police personnel are working at the beat.

Senior Superintendent of Police Sushil Kumar Yadav, spokesperson of Metropolitan Police Office, Ranipokhari, said preliminary investigation showed that he might have shot himself with his service revolver. Karki had suffered injuries in his right temple. “It’s likely that he took his own life with the service revolver by locking the door from inside. But, our investigation is still going on and we will find out the truth very soon,” SSP Yadav said.

ASI Karki, who hailed from Dolakha, was on duty until midnight yesterday and had slept in his own separate room at the duty post. The room has a single window fenced by wires.

SSP Yadav said Karki’s fellow cops, who were on duty nearby the beat, had heard the gunshot at around 6:30am this morning, but surmised that it might be the sound of tyre of a heavy vehicle being punctured.

But later, Karki’s colleagues suspected something unusual and checked on him inside the room from the window, only to find him lying on the floor. “There was only one window and the door was locked from inside. This is a sign that ASI Karki could have taken his own life,” Deputy Superintendent of Police Rajkumar KC, spokesperson of Metropolitan Police Range, Kathmandu said.

Meanwhile, his body has been sent to Maharajgunj-based TU Teaching Hospital for post-mortem. Police are investigating the motive behind the suspected suicide.

Chief of Nepal Police Thakur Prasad Gyawaly had yesterday directed all police personnel to work with high enthusiasm and morale during the time of COVID -19 pandemic that has been choking the life of people from all walks of life everywhere.

A turtle considered extinct 100 years ago in Galapagos is still... 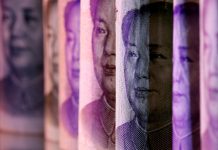 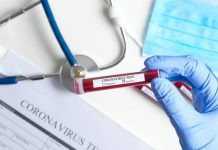