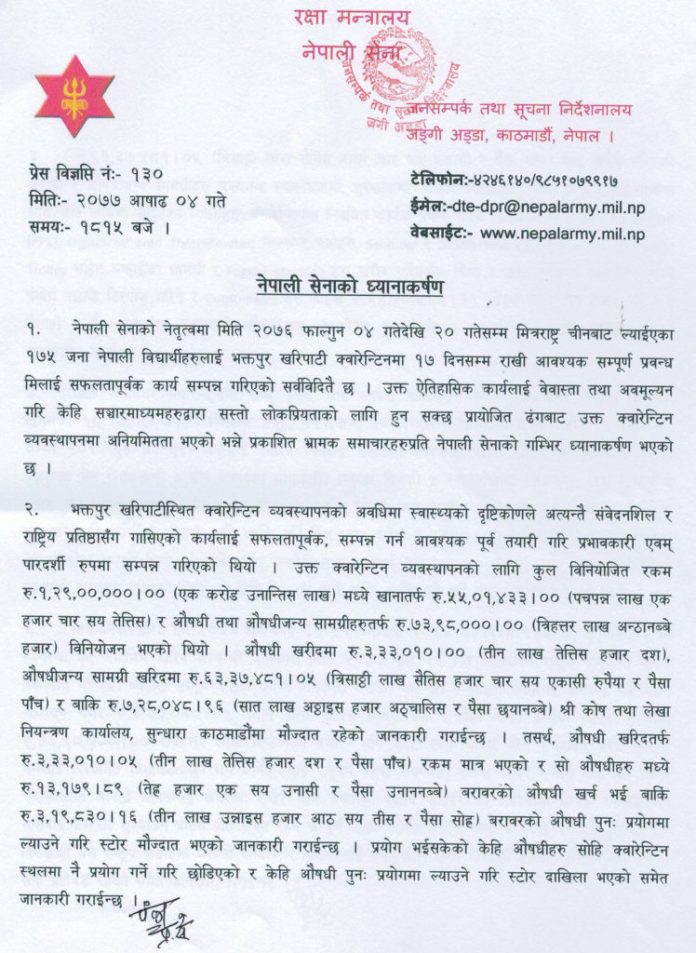 KATHMANDU: Nepali Army today said its attention has been drawn to some media reports over its alleged involvement in misappropriation of funds while housing 175 students repatriated from Wuhan, China, at Kharaipati-based quarantine facility, earlier in February.

Refuting the allegations leveled at the organisation, the NA has urged concerned sides to carefully study the expense details submitted at the District Treasury Controller Office.

“Rs 10.29 million that was received from the government was used for the purchase of PPE, Digital/Infrared Thermometer, sanitiser, waste transportation trolley, fogger machine, and food supplies for 202 individuals costing Rs 1350 per person, which included the evacuees, security personnel, health workers, among others,” NA said in a press statement issued Thursday.

“Medical supplies worth Rs 2.33 million purchased for reusable purpose has been stored safely for future usage in a warehouse,” said the statement.

NA further said it is always committed towards surviving it’s people in difficult times. It asserted that all the purchases were made in compliance with the ‘Public Procurement Act, 2063.

It has provided a breakdown of the expenses in the statement below. 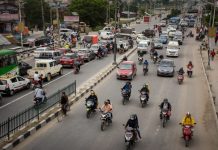 In Pictures: Kathmandu, after the end of lockdown 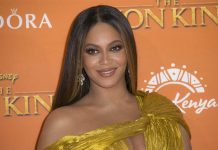 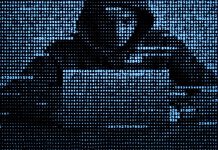 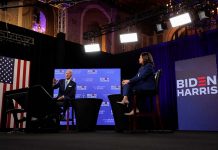