The Ministry of Law, Justice and Parliamentary Affairs today registered a constitution amendment bill in the Parliament Secretariat to amend Schedule 3 of the constitution to include Limpiyadhura, Lipulekh and Kalapani in Nepal’s map.

Schedule 3 of the constitution deals with coat of arms of Nepal that features the country’s map.

The ministry registered the government bill after a meeting of the Cabinet held here today decided to register the constitution amendment bill to revise Nepal’s map. The move comes in the wake of the Ministry of Land Management, Cooperatives and Poverty Alleviation issuing a new political and administrative map incorporating Limpiyadhura, Lipulekh and Kalapani. India has political and administrative control over these areas and considers the three regions part of its territory.

Minister of Law, Justice and Parliamentary Affairs Shiva Maya Tumbahangphe told THT that the government wanted the constitution to be amended through fast track process of incorporating Limpiyadhura, Lipulekh and Kalapani in the map printed on the coat of arms of Nepal.

Minister of Communications and Information Technology Yubaraj Khatiwada told mediapersons that the government wanted to resolve the border row with India through diplomatic means and dialogue. He said the government would, on the basis of evidence, try to convince India that Limpiyadhura, Lipulekh and Kalapani were Nepali territories. He added that the government had no plan to internationalise the issue at this stage.

Spokesperson for the Parliament Secretariat Dasharath Dhamala told THT that the constitution amendment bill would have to be passed by two-thirds majority of the existing members of the Parliament.

Dhamala said that the bill could be passed between 10 and 15 days as there was only one issue to debate. “But if the government wants to pass the bill through fast track process, then the government can discuss the issue with the speaker and Business Advisory Committee can decide about it,” he added.

The government also registered a bill to reinstate the provisions of the Constitutional Council Act and Political Party Act that the government had amended through two ordinances which it later rescinded after political leaders from within the ruling Nepal Communist Party (NCP) and opposition parties flayed the government’s move.

Process of amending the bill 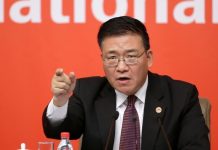 Chinese delegation led by vice-minister of CPC lands in Kathmandu 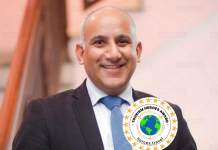 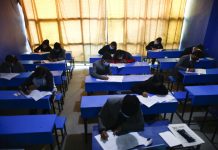