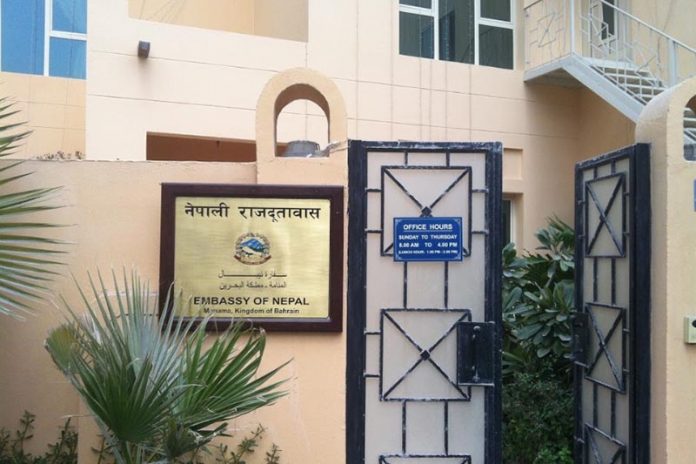 Eighty-eight Nepali migrant workers have tested positive for coronavirus in a single day in Bahrain, taking the total number of Nepalis infected by the virus to 245 in the Gulf country.

This image shows the building of the Embassy of Nepal in Bahrain, in May 2015. Photo courtesy: Mohammed Al-Madani

Last Thursday, the Embassy of Nepal in Bahrain had said 31 Nepalis had tested positive for COVID-19, in addition to the 126 already undergoing treatment for the virus.

According to a press release issued by the embassy today, 1,950 people are undergoing treatment for coronavirus in Bahrain, while 1,762 have been discharged.

However, it is not clear how many of those discharged are Nepalis.

Majority of the patients are locals; as far as immigrants are concerned, the infection rate is highest among Indians, followed by Bangladeshis, Pakistanis and Nepalis.

Although the disease has claimed eight lives in Bahrain, none of them is a Nepali.

According to the embassy, the rate of infection is increasing due to inability to maintain social distance in living arrangements for migrant workers.

The embassy has urged Nepali workers to adopt safety protocols to minimise chances of contracting the virus.

Bahrain is under semi-lockdown. “Even though companies are shut, work on megaprojects is ongoing. Arrangements have been made to check health of workers every morning and evening,” reads the release.

According to the Nepali Embassy in Manama, some workers have been unable to return to Nepal even after their visas expired due to the current travel restrictions. The embassy, local organisations and aid agencies are managing food for them.

The Bahrain government has already announced that the amnesty visa will be issued to such illegal workers till December 31.

Kumar Dahal, director general at the Department of Foreign  Employment, said the Nepal government was in touch with all diplomatic missions in coronavirus-affected countries and had asked them to provide the necessary support to Nepali migrant workers.

Since the outbreak of coronavirus pandemic, six Nepali migrant workers employed in the United Arab Emirates have died, while 393 have contracted COVID-19 in the Gulf Cooperation Council nations and Malaysia.

A version of this article appears in e-paper on May 7, 2020, of The Himalayan Times. 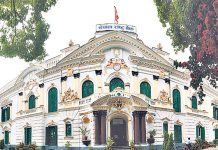 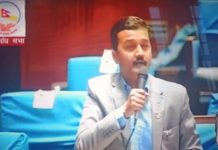 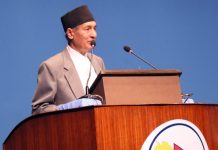 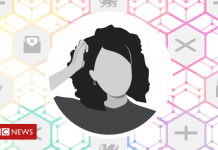 2021 elections: A simple guide to the Scottish, Welsh and local...