WASHINGTON: Over 80 per cent, or 4 out of every 5 glaciers by number, could well disappear by the end of this century, if fossil fuel use continues unabated, according to a study.
The findings showed that the world could lose as much as 41 per cent of its total glacier mass this century – or as little as 26 per cent – depending on today’s climate change mitigation efforts.
Assistant professor David Rounce of Civil and Environmental Engineering, Carnegie Mellon University, US, led an international effort to produce new projections of glacier mass loss through the century under different emissions scenarios, according to the study.
The projections were aggregated into global temperature change scenarios to support adaptation and mitigation discussions, such as those at the United Nations Conference of Parties (COP 27), held in Egypt, the study said.
Even in a best-case, low-emissions scenario, where the increase in global mean temperature is limited to +1.5 degrees Celsius relative to pre-industrial levels, over 25 per cent of glacial mass will be gone and nearly 50 per cent of glaciers by number are projected to disappear, the study said.
A majority of these lost glaciers are small (less than one sq km) by glacial standards, but their loss can negatively impact local hydrology, tourism, glacier hazards, and cultural values, the study said.
Rounce’s work provided better context for regional glacier modelling, and he hoped it will spur climate policymakers to lower temperature change goals beyond the 2.7 degree Celsius mark that pledges from COP-26, held in Glasgow, UK are projected to hit.
Smaller glacial regions like Central Europe and Western Canada and the US will be disproportionately affected by temperatures rising more than 2 degrees Celsius C. At a 3 degrees Celsius rise, glaciers in these regions almost disappear completely, the study said.
Rounce noted that the way in which glaciers respond to changes in climate takes a long time.
He described the glaciers as extremely slow-moving rivers.
Cutting emissions today will not remove previously emitted greenhouse gasses, nor can it instantly halt the inertia they contribute to climate change, meaning even a complete halt to emissions would still take between 30 and 100 years to be reflected in glacier mass loss rates, the study said.
Many processes govern how glaciers lose mass and Rounce’s study advances how models account for different types of glaciers, including tidewater and debris-covered glaciers, the study said.
Tidewater glaciers refer to glaciers that terminate in the ocean, which causes them to lose a lot of mass at this interface. Debris-covered glaciers refer to glaciers that are covered by sand, rocks, and boulders.
Prior work by Rounce has shown that the thickness and distribution of debris cover can have a positive or negative effect on glacial melt rates across an entire region, depending on the debris thickness.
In his newest work, he found that accounting for these processes had relatively little impact on the global glacier projections, but substantial differences in mass loss were found when analyzing individual glaciers.
The model is also calibrated with an unprecedented amount of data, including individual mass change observations for every glacier, which provide a more complete and detailed picture of glacier mass change, the study said.
The use of supercomputers was essential to support the application of state-of-the-art calibration methods and the large ensembles of different emissions scenarios, the study said.

Scientists say pollution not cause of UK mass crab deaths 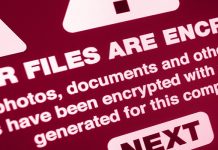 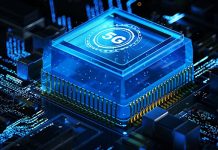 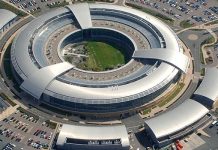 What is the link between winter storms and global warming?